FIRE DESTROYS SLIDELL HOME — Fire departments from four counties responded to a house fire Thursday night near Slidell. The fire was reported around 10:15 p.m. in the 7300 block of North Farm Road 51. The first responding units from the Greenwood-Slidell Fire Department reported a two-story rock home was fully engulfed in flames. Wise County Fire Marshal Jeff Doughty responded to the scene and said none of the home’s occupants were injured. “The cause is still under investigation, but it appears accidental,” he said. Other responding fire departments included Decatur and Alvord as well as departments from Denton, Cooke and Montague counties. Wise County EMS also responded to the call. 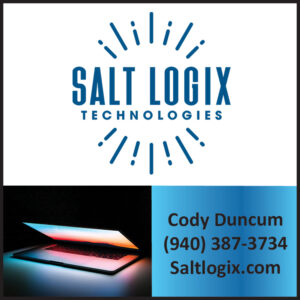 PRESCRIBED BURNING IN GRASSLANDS — The U.S. Forest Service will continue its prescribed burning in the LBJ National Grasslands today in Unit 41 (Clear Lake unit). Watch for fire and emergency vehicles in the area.

LADY EAGLES FORFEIT WINS — After a hot streak to start the season, the Decatur Lady Eagles soccer team found out some bad news this week. Decatur started the season 5-0, but the Lady Eagles’ overall record is now 1-4 after learning an ineligible player participated in the team’s first tournament. “We had an ineligible player due to grades play in the Springtown tournament, [so] we had to forfeit those victories,” Decatur coach Ryan Schneider said. Decatur shut out its opponents 23-0 in four games at the Springtown tournament to claim the championship trophy. The Lady Eagles are 25th in the Texas Girls Coaches Association’s 4A girls poll Thursday. Read more in the weekend Wise County Messenger on newsstands and online at wcmessenger.com today.

NICE WEEKEND — Highs the next three days will be in the upper 50s to around 60 with overnight lows in the mid-30s to low 40s. The forecast includes a 20 percent chance of showers on Saturday.

BINGO NIGHT — Carson Elementary School in Decatur will hold Bingo Night at 6 tonight. Doors will open at 5:30. The evening will include prizes and a silent auction. Concessions will also be available.

BOYS BASKETBALL — Decatur will try for its second District 8-4A victory tonight at home against Lake Worth at 8 p.m. Bridgeport seeks its first league win in a battle against Krum 7:30 p.m. at Bridgeport High School. In 10-3A, Boyd hosts Valley View, while Paradise is at Whitesboro. Both games are scheduled for 7:30 p.m. Chico travels to Collinsville for a 13-2A showdown at 8 p.m. Slidell squares off against 22-A rival Saint Jo 8:30 p.m. at Saint Jo High School.

GIRLS BASKETBALL — Bridgeport will fight for control of District 8-4A in a home matchup against Krum tonight at 6:15 p.m. Decatur welcomes Lake Worth at 6:15 p.m. Boyd is at Valley View at 6 p.m. Paradise seeks its ninth consecutive league win at Whitesboro at 6 p.m. In 13-2A, Chico hosts Lindsay at 6:30 p.m. Slidell looks to remain unbeaten in 22-A in a road battle against Saint Jo at 6:30 p.m.

DAR MEETING — The John B. Denton Chapter of the Daughters of the American Revolution will meet 10 a.m.-noon Saturday, with social time beginning at 9:30, at First Baptist Church in Decatur. The DAR banner will be posted outside of entrance in back of church. Contact Connie Brawley, 940-393-5971, or Conniebrawley@embarqmail.com.

MOTHER-SON DANCE — Bridgeport Parks and Recreation will host its annual mother-son dance 7-8:30 p.m. Saturday at the Bridgeport Community Center. The event features dancing, food, prizes and photos. Tickets are $10 per person and can be purchased at bridgeport.recdesk.com.

SPANISH-SPEAKER OUTREACH — The Wise County Committee on Aging has created a program to reach Spanish-speaking seniors in Wise County, called the Abuelitos Project. Starting today, the group plans to meet every Friday from 12:30 to 3:30 p.m. at the OWLS Activity Center in Decatur. Today’s activities will include lunch and a performance by the Bridgeport Mariachi Troupe.

FUNERALS — Service for Ronald Harold Gose, 76, of Alvord is 10 a.m. today at Voice of Triumph Assembly of God Church in Sunset with burial at Alvord Cemetery. Hawkins Funeral Home in Decatur is handling arrangements.

FUNERAL for Phyllis Joan Conley, 80, of Paradise is 2 p.m. today at Hawkins-Decatur with burial at Oaklawn Cemetery. Family visitation is 12:30 p.m. today at the funeral home.

MASS of Christian burial for Joanne Flusche Duffy, 82, formerly of Decatur is 10 a.m. Saturday at the Assumption of the Blessed Virgin Mary in Decatur with burial at Oaklawn Cemetery. Family visitation is 6-8 tonight at Hawkins-Decatur with rosary said at 7.

FUNERAL for Mary Lucille Boyd, 88, of Decatur is 11 a.m. Tuesday at Hawkins-Decatur with burial at DFW National Cemetery at a later date. Family visitation is 6-8 p.m. Monday at the funeral home.

SERVICES for Loren Nielsen, 62, of Alvord and Lucina Luevano, 94, of Decatur are pending at Hawkins-Decatur.

MEMORIAL service for Alan Moak, 77, of Decatur is 10:30 a.m. Saturday at Hawkins Funeral Home Chapel in Bridgeport. Family visitation is one hour prior to the service at the funeral home.

GRAVESIDE for Billy Crites, 92, of Boyd is 2 p.m. today at Aurora Cemetery. Family visitation is 11 a.m.-1 p.m. at Hawkins Funeral Home in Boyd.